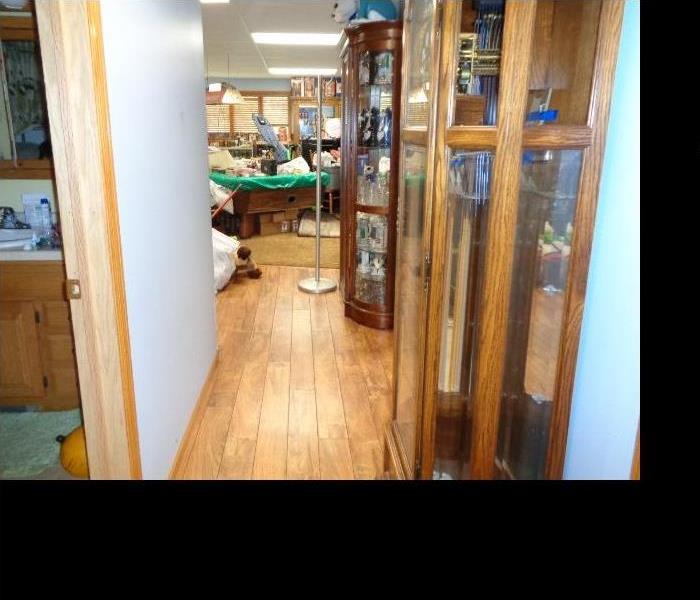 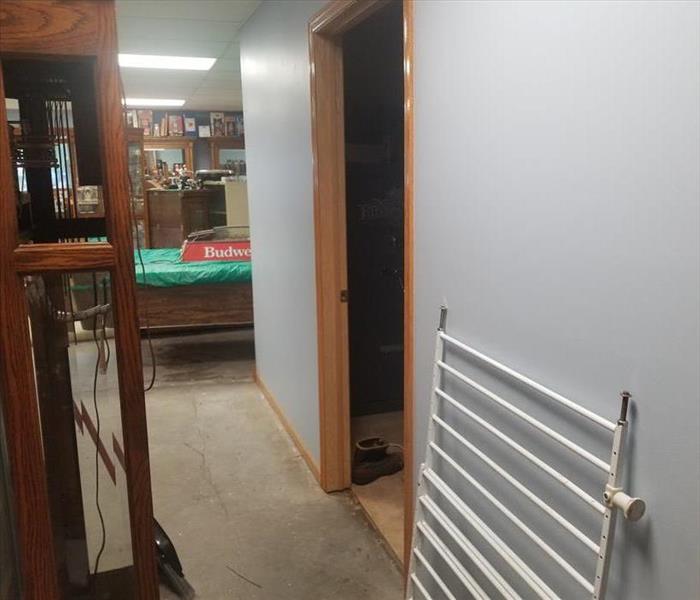 During the storms going through the area we also received a call for a broken water heater pipe. This pipe had burst and had been running for approx. 2 days. The laminate flooring all had to be removed and we had to remove the pad from the living room because the pad was not able to be dried. The customer so happy to have the basement dry and had so much appreciation for our crews that they called the office and wanted to have a conversation on speaker phone. The conversation was with the crew that responded and the owners they wanted to let the owners know personally how great the staff had been.

View More Before & After Photos